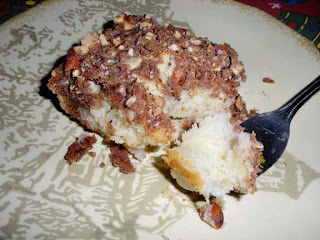 Now I know this isn’t a cooking blog, but here’s how it fits in with personal finance and frugality:

I was in the mood to bake something fancy on Christmas Day, and we had two very ripe pears so I looked on the ‘net for a pear cake recipe. I found this delicious Pear Crumb Cake recipe. It is very light and fluffy, I’m pleased with how it turned out. It would be PERFECT for a holiday brunch, or any little get together where you wanted to make something special.

I also found this site a couple of weeks ago that is really cool. I don’t count calories, but I sometimes like to know what difference I’ve made when I do alter a recipe. Here is the original recipe and the nutrition facts (recipe serves 18): 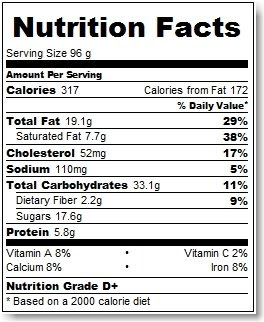 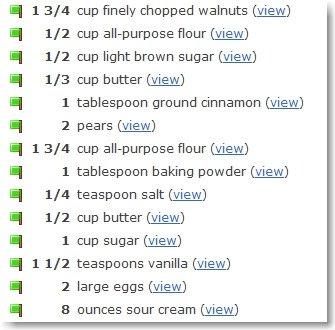 Here it is after I altered it. Pretty good! Almost 100 less calories per serving. 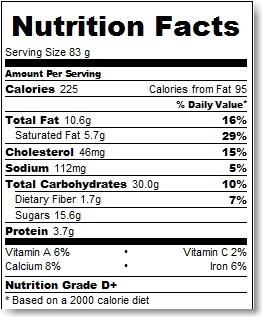 Here were the three changes I made to the ingredients. I didn’t have walnuts on hand, but I did have almonds (given to us free) so I used almonds instead. It took me long enough to chop 1/2 cup of almonds into fine bits, so I decided to just stop there, instead of using an entire cup and a 1/2. I find that most recipes are too sweet, so I used 3/4 cup of sugar instead of an entire cup. Lastly, I happened to have on hand 6 ounces of Wallaby Organic Fatfree Bartlett Pear Creamy Australian yogurt, so I substituted that instead of the 8 ounces of sour cream. I had Wallaby Organic maple yogurt on hand and used another ounce of that (the yogurt was also free). The yogurt was a bit runnier than sour cream usually is, so I used an ounce less. OH, and one other alteration. The original recipe called for two teaspoons of cream of tartar and 1 teaspoon of baking soda. I had no cream of tartar on hand, so I did some research on the ‘net and discovered that baking powder contains cream of tartar and baking soda. So I just combined the amount of the two separate ingredients (2 teaspoons cream of tartar and 1 teaspoon of baking soda) and used 1 tablespoon baking powder. This cake was very light and fluffy. I think if I make it again, I would layer the pears on top of the batter, instead of mixing the pears into the batter as instructed. 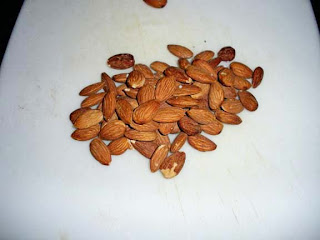 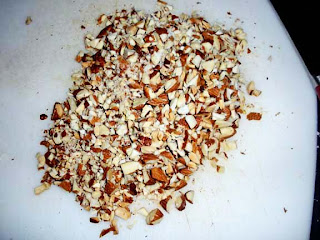 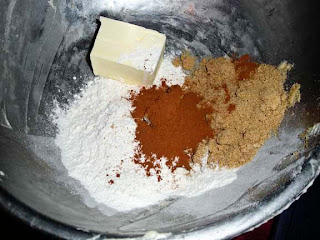 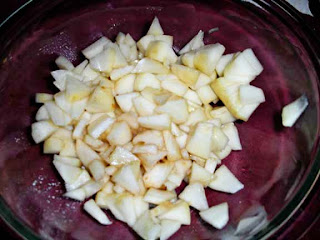 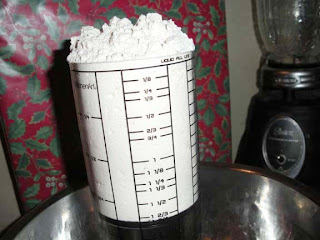 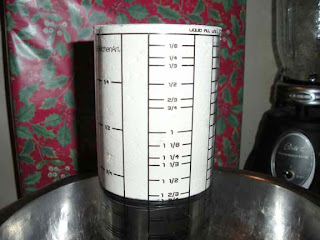 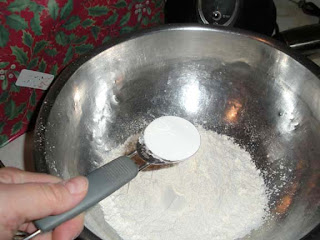 Beat butter, sugar and vanilla in large mixer bowl at high speed until light and fluffy. 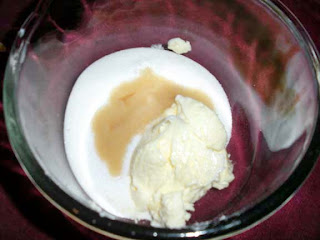 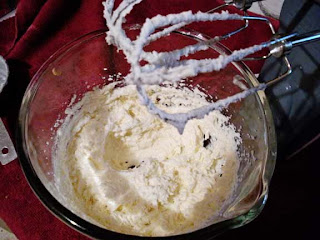 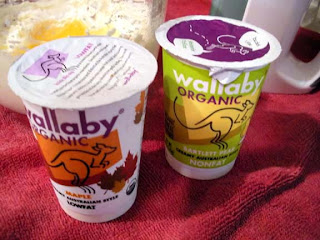 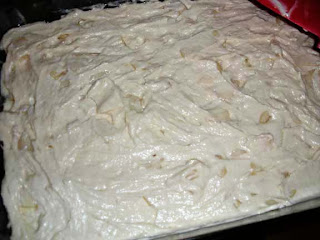 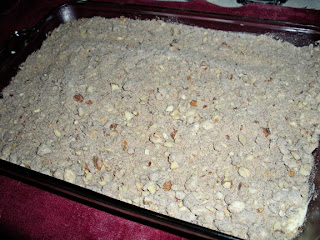 Bake 45 to 50 minutes or until cake pulls away from sides of pan and topping is browned.Quick, easy, and you know everything that went into it. No artificial ingredients, no chemicals, no preservatives.

Let me know if you try this cake, it was simply divine!